In my first career, I was a timber faller- maybe better known to you as a logger, or a lumberjack to those who have learned about the world from Monty Python.

It didn't take long working  as a logger to realize that sharp tools were essential.  I soon became an expert with a bench mounted grinder that is specifically made to sharpen  a chainsaw.  It holds the tooth at a precise angle, and allows each one to be sharpened to the exact same edge.

After extensive research, I have found tools that use the same principles for sharpening a knife.   The knife blade is held at a precise angle, and using a combination of abrasive belts and hand work with fine grit stones,  every knife is given the perfect edge.  Now I have the optimum system for sharpening any type of knife, quickly and consistently.

Sharpness You Can See 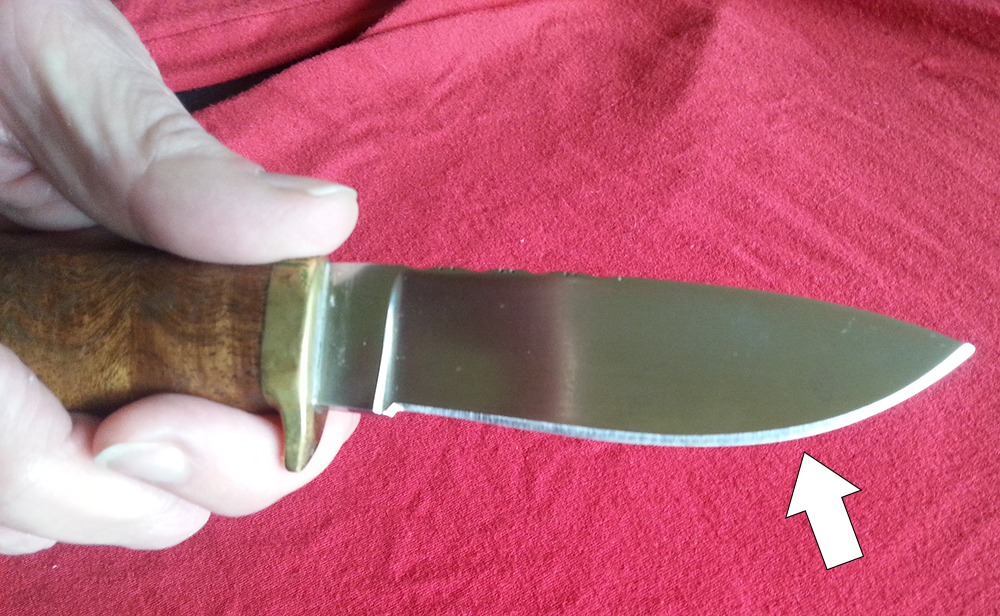 Here is a photo of a handmade sporting knife that clearly shows the edge bevel that the Sharp Shack system gives to your blade.   Every knife deserves to be sharp!